Partido Liberal on Friday, January 19, celebrated its 72nd founding anniversary with a gathering of members and supporters in the cities of Quezon, Cebu, and Naga, and the launch of its online recruitment platform.

Hundreds of new non-politician members also took their oath in simultaneous ceremonies. In Quezon City, among them is a woman-doctor who said she has been encouraged to join the party so that she will be among like-minded people who are offended by what is happening in the country. She said she saw a victim of extra-judicial killings while she was on a bus on her way home and that incident convinced her to join the party that fights for what is right and against what is wrong. 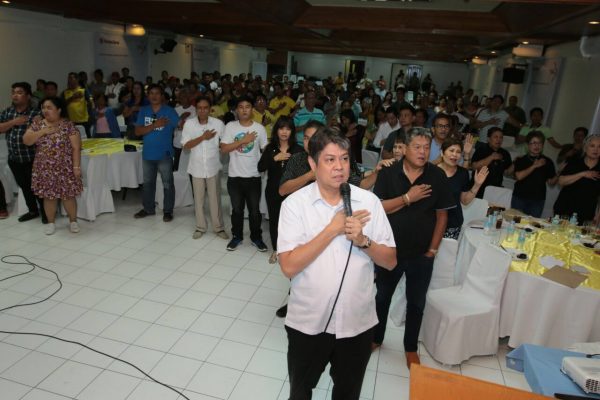 Partido Liberal Senator Francis Pangilinan, who led the celebration in Cebu City, welcomed the new members to the party.

“Habang ang ilang kasamahan o kababayan natin, mga pulitiko at iba pang mga grupo ay paalis at lumilisan at iniiwan ang Partido Liberal, hindi totoong tayo ay mawawala. Tayo ay lalakas dahil naririto kayo, sumasama (While some of our members are leaving the party, it is not true that the party will disappear. Our party will grow stronger because you are joining us),” Pangilinan said. 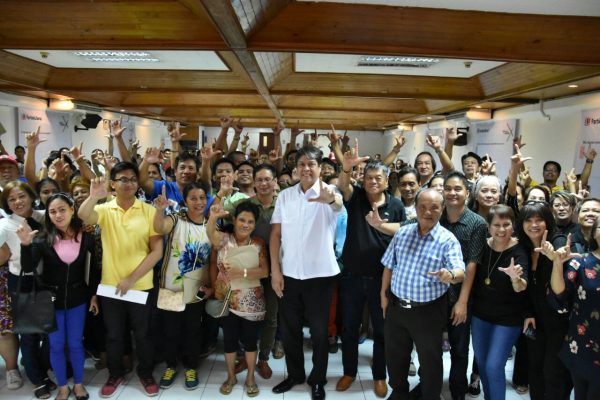 “Tayo sa (We in the) Liberal Party, we have been through hell and back. And we in the Liberal Party, to borrow and paraphrase the words from the poet Dylan Thomas: ‘We will not go quietly into this dark night,'” he added.

He said he believes that the party needs to be strengthened and its rules and management changed. “Tinanong sa akin, yun bang mga umalis, pagdating ng panahon, sila ba ay babalik? Kung ako po ang tatanungin, hindi ako papayag na bumalik ang mga nakaalis na (I am asked if those who left would be allowed back later. If it were up to me, I won’t allow those who left to come back),” Pangilinan said. 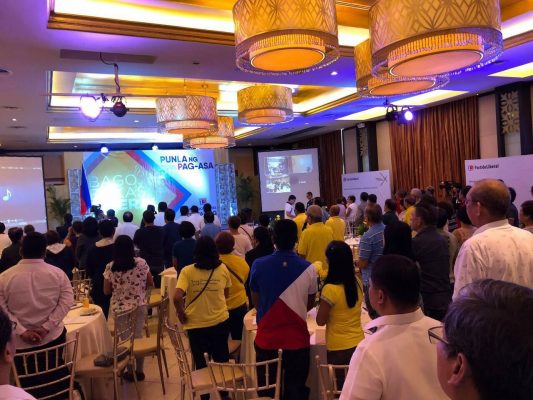 The Vice President echoed Pangilinan’s observations that the party’s history show that it has consistently fought for principles. “Sa kahuli-hulihan, palaging tama ang mananaig. Pero mananaig lang ang tama kung hindi tayo titigil na ipaglaban iyon (In the end, what is right always wins. But what is right will only prevail if we don’t stop fighting for it),” the vice president said.

“Eto na yung kasagutan sa tanong na iyon: malaki pa ang pag-asa natin dahil may mga taong tulad niyo (This is the answer to your question: we have high hopes because of people like you),” she added.

For his part Sen. Bam Aquino said: “Sabi ni VP Leni, kailangang iangat ang mga nasa laylayan. Ngayon po, hindi lang sila kailangang iangat, kailangan po natin silang ipaglaban (VP Leni said those in the margins must be lifted out of there. Now, we need to lift them out and defend them).”

Partido Liberal was founded on January 19, 1946 by Manuel Roxas from what was once the “Liberal Wing” of the old Nacionalista Party. Three previous Presidents of the Philippines elected into office came from the party: Elpidio Quirino, Diosdado Macapagal, and Benigno Simeon Aquino III.