By Francis Pangilinan, President of the Liberal Party of the Philippines 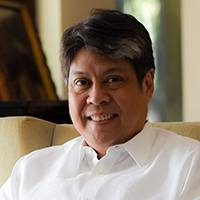 Author’s note: From being the ruling party to the party at the margins, we at the Liberal Party are currently undertaking a process of deep consultation with our members and other stakeholders in order to determine together our strategic direction. These are my initial thoughts as we go through this crucial exercise in introspection and subsequent future action.

Across the world, the culture of democracy — tolerance, debate, and unarmed truth — is on the decline and authoritarian tendencies are on the upsurge. In the Philippines, this is partly due to the collective failure of society’s leaders (political, religious, business, and other civic groups) to free the country from the clutches of entrenched political and economic dynasties, and to transform our inchoate democracy into one that addresses the unfulfilled promises of the 1986 EDSA People Power Revolt.

Despite economic recovery from the methodical Marcos plunder of the national treasury, the major problems of poverty, inequality, and exclusion remain. Amid massive joblessness, workers are forced to work in dirty, dangerous, difficult, and mostly temporary jobs (many abroad) even as their labor rights to organize, security of tenure, and decent work are suppressed. The agrarian reform program is a big let-down, with peasants hungry, poor, and dispossessed of land and/or earning subhuman wages. Millions live in squalid conditions with hardly any of the essentials to a life of dignity. Many turn to scavenging and drug peddling as a means of survival. Tax and other economic policies remain largely skewed (especially in the implementation) toward the super-rich and unfairly against the middle class and further below. Systemic corruption continues to bankrupt the nation’s coffers and morals. Government after government failed to secure job, food, shelter, health care, education, and other social services for the ordinary Filipino. Philippine society has failed to redistribute resources and give equal access to income, opportunities, and services.

All throughout the post-EDSA period, the Liberal Party has been part of revived democratic institutions, largely ideologically indistinguishable from other political parties, with most of its leaders removed from the dangers that common folk face every day.

Moreover, technology, globalization, and climate change are rapidly transforming the world as we know it. Robots and artificial intelligence portend a new realm for work — and the class and identity attached to it. Wealth and thus power are increasingly concentrated on so few, imperiling fragile social cohesion and economic stability. Clean air, clean water, and arable land — most basic for human survival — are becoming scarce and precious commodities. A combination of these has fundamentally changed the political landscape worldwide. The mix of cheaper phones of and social media access has allowed interest groups to produce troll armies and fake-news websites that amplify opinions not facts, as well as influence crucial issues like Brexit and climate-change denial and events like some national elections.

Populism and its kin — racism, fascism, and extremism — are arising from this troubling new world. In desperation, people have turned to the old, familiar, and more tyrannical ways of political leadership, falsely thinking that this will save them from a dark future. Powered by social media, time-tested propaganda rules are blurring the lines that divide truth and lie. For one, this new technology is creating a more impatient if less discerning public that embrace “tough” leaders who make things happen in place of polite, “decent” ones who tend to be more circumspect. For another more dangerous effect, it creates filter bubbles of prejudice and hatred, not solidarity and common humanity.

Against this backdrop, the Liberal Party must redefine itself.

The Liberal Party was part of the broad socio-political movement that fought the Marcos dictatorship. But his legacy of deception and corruption continues. Thirty years since strongman Marcos fled the people’s wrath in 1986, his remains now lie beside the nation’s real heroes, upon orders of President Rodrigo Duterte. The Liberal Party was among the first to express the nation’s collective outrage at this insult to our history.
But more than taking on a possible resurgence to power of the Marcoses in particular, or of authoritarianism in general, the challenge to the party is to pursue social justice in its entirety. This means urgently stopping and correcting the historical impacts of patronage politics and more so, the dominant socio-economic geopolitical system that proved indifferent to the people’s needs and the planet’s future.

As the party in power six years prior, the first time in close to 50 years since it had a member serve as President of the Republic, the Liberal Party leadership was able to grow the anti-dictatorship, pro-democracy (anti-patronage) seeds planted throughout post-EDSA. It addressed extreme poverty and lack of access to health and education services through, among others, the expansion of the Conditional Cash Transfer program, and the enactment of the Reproductive Health Act and the Sin Tax Law, the revenues of which continue to fund the Universal Health Care program. Its strong institutional anti-corruption, pro-accountability, and participatory democracy campaigns produced unprecedented budget increases for social services without income tax hikes and the revolutionary and empowering Bottom-Up Budgeting program. It also put known plunderers in jail, including a former President. Its bold peace efforts with the Moro Islamic Liberation Front earned the respect and participation of the international community. Its practice of clean governance made the Philippines the darling of foreign investors and tourists.

Unfortunately, these successes were just saplings when the leadership turned over power to the new government. Democracy is a continuing process. These reforms needed time to grow for a significant if relatively stable harvest of economic growth and political stability to create substantial if not irreversible inroads to poverty, inequality, and exclusion — across administrations.

The Liberal Party cannot do it alone. Beyond national borders, it must join the global democracy, climate defense, and similar activist movements that tackle humanity’s borderless problems, starting with the siege on truth, the all too important foundation of justice and peace.

How should the Liberal Party leadership now move forward? Toward a clear path to the future, the party and its leadership need to look back to its past. We need to go to the grassroots, engage with the marginalized sectors, and become a genuine people’s party. We need people to inspire our young people, including the so-called millennials, to become more pro-active citizens willing to collectively shape a kinder tomorrow. We need to know and understand the people’s misery and poverty, and transform these into peace and prosperity. We need to empower people to become more upwardly mobile and expand the middle class. We need to use the principles of participatory democracy and solidarity, human rights and social justice, ecological wisdom and sustainability, and respect for diversity. And in this our post-truth, volatile, and complex reality, we fight together trolls, fake news, and lies with a clear and convincing vision of the future, with relentlessness and dogged determination, and with the truth told a thousand times.

The Liberal Party must aim to pursue and strengthen collective strategies and actions toward people-centered democracy, that is, democratic ownership and control of those that are central and crucial for sustaining life: air, water, land, energy, jobs, housing, health care, education, transport, etc. It must work to present an alternative socio-economic system that provides for the needs of person and society, taking into account the regenerative capacities of the environment. A system that satisfies the fundamental rights of citizens and actualizes their stewardship of nature. A system that realizes that the survival, dignity, and development of the person is connected to the life of the community, and fundamentally to the very life of the planet.

For those who wish to join the conversation on and journey toward redefining the party, please e-mail [email protected], with subject heading “REDEFINING LIBERAL”.