By Florencio B. Abad
Former President of the
Liberal Party of the Philippines

(This is excerpted from a speech delivered at the Council of Asian Liberals and Democrats after the May 2016 elections.) 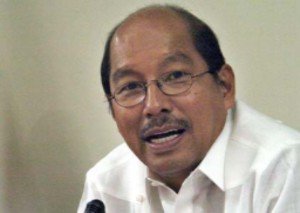 The title of this should be along this line: “How to Govern Successfully, and Fail in the End.” But kidding aside, this is what happened to the LP.

Indeed, how is it possible, in a short period of time, for an administration to transform a country that was once a ridiculed as the “Sick Man” of Asia to become its fastest growing economy in the region and Asia’s bright spot, and lose the opportunity to cement these gains of the past six years in just one day?

Let me go back, and explain to you why we think we did very well in the past six years.

How did we dramatically transform the Philippines over the past six years?

As we said during the campaign, we demonstrated unrelenting resolve in fighting corruption, especially in holding the big fish accountable to the people.

We dramatically reformed our public financial management system that enabled us to plug leakages, and minimize inefficiency in the use of public funds that resulted in the doubling of our revenue collection, in reducing debt and the dependence on debt, and in keeping our deficit well within two percent.

We made unprecedented investments in social protection, basic education, public health, and infrastructure development.
We transformed the economy to become the fastest growing in the region, and raised our risk profile to investment grade status — the first time it ever happened to us — and received 25 positive credit ratings, with no negative, over the past five years. A feat no other country could match. We reduced unemployment to its lowest level in 10 years. We brought down poverty incidence to lowest level in 18 years, and self-rated poverty to its lowest level in 33 years. Such that when President Benigno S. Aquino III ended his term on 30 June 2016, he did so with the highest trust and approval that no president before him had attained from the beginning of his term up to the very end of his term. In short, we more than delivered on our campaign promise, which in my humble view is unusual in any jurisdiction.

But then you ask the question: Why did we lose in the May 2016 elections? To be very honest, as a political party, we have not yet figured out what hit us. Perhaps the benefit of time and distance may allow us an objective assessment of this debacle.

At the risk of simplifying the reasons for this, however, let me venture some possible explanation, some of which are internal to us, which means in some way we could have influenced. Some are exogenous factors — the root causes and the ramifications of which are seemingly beyond us, and require deeper and collective reflection among liberals, not just back home, but across the globe.

Let me begin with what I view as internal factors.

The first thing that comes to mind is our failure to communicate the gains of the administration over the past six years. Because of the success of our reform initiatives, both across sectors of our society as well as across regions of the country — we assumed wrongly, as we now realized — that the reforms would explain themselves. I don’t think that it would be enough to inform our people. I think what is the more important is to engage — sitting down and talking about how they feel about these changes.

We may have also been complacent in communicating those gains by assuming that the continuing popularity of President during the entire period of his administration was enough indication for us to conclude that the people knew about and appreciate the changes that we had introduced. We were unmindful that there was a sustained and vicious pushback coming from ideological, partisan, and vested interest groups, including the Catholic Church, which threatened us with the excommunication for our vigorous support for reproductive health and family planning services.

This pushback from these groups, whose position and interests were greatly diminished by our reforms, accelerated as we approached the elections. They were able to deftly exploit the ever-present social media to launch a sustained campaign targeted at the millennials, exploiting their propensity to distrust government, politics, and the status quo.

These disgruntled groups — the Marcoses, the Arroyos, and the Estradas, and the communists — all came together, however tactically, in one big push under the banner of President Rodrigo R. Duterte.

The second factor, I believe, is that in our desire to make huge impact on the lives of the poor, we ignored, without intending to do so, our growing and noisy middle class who were more concerned about day-to-day problems that hindered their employment and livelihood. Parenthetically, the growth of the middle class has been accelerated by the huge influence of OFW remittances from 10 million Filipinos living abroad and BPO revenues from services being outsourced to the Philippines — the dollar incomes from which constitute 17 percent of our GDP.

While we preoccupied ourselves with the more pressing problems of the country — poverty, debt, peace, social conflicts, and climate change, we overlooked and paid scant attention to everyday middle class concerns like the worsening traffic jam, which is now a permanent fixture in Manila streets, as well as slow and expensive Internet connection, and erratic mobile phone service, among others.

The third factor, which is deeply rooted and therefore longstanding, is the persistent problem of inequality. To be honest, I cannot see how, even with our focus on anti-corruption and good governance reforms and economic expansion, we could have dramatically improved on this problem in the six years we were privileged to be in power. But surely I can state that we have established the momentum, and laid a firm foundation to progressively close this gap in the medium- and long-term had we been given a chance to carry on.

While generally, our reforms lifted the lives of all sectors of society, the very few elite families, without doubt, benefited much, much more so that when the poor see the rich flaunt their excessive wealth on television or social media, they instantly forget about their gains, and end up being disappointed, resentful, and angry, as if nothing had changed in their lives — the general feeling of being left out.

These are some of the internal factors that may explain our 2016 debacle. But I think that these are not enough to fully explain it unless we touch upon the external factors that were also in play, and which to our great misfortune, we did not anticipate.

We failed, for example, to grasp the depth of the fear, uncertainty, and insecurity that people feel about the rapid changes happening around the world as a consequence of globalization, the Internet, and social media. These, coupled with their high expectations and their dissatisfaction with their own conditions, have translated into anger and resentment against the establishment, and anyone or any group identified with it.

Looking back, in this context, designing our campaign messaging around the idea of continuity — Ituloy ang Daang Matuwid or Continue the Straight Path — when the current anti-status quo, anti-establishment, and anti-anything related to government was strong spelled our doomed. Unfortunately, we only realized that near the end of the campaign.

This mental frame, this collective psyche, created a fertile ground for the rise of political demagogues who promised strong, uncompromising, anti-establishment, devil-may-care leadership, who put forward simplistic solutions — the root of our problems is drugs — to very complex socio-economic and political problems. It is in this context, the political equivalent or a perfect storm, that brought the punisher, the tough-talking, the cursing, irreverent Rodrigo Duterte to the Philippine presidency.

Now what do we have? From a country that was showing the way in anti-corruption and good governance reforms, in poverty reduction, in economic expansion, and in conflict resolution, we find ourselves too preoccupied with a single issue: the problem of drug trafficking and drug addiction, as if the solution to all our problems, a panacea, lies in eradicating this problem. Every day, we find ourselves being ridiculed by the world because of the unorthodox antics of a ranting and cursing President. We are overcome with fear and uncertainty, and a national leadership that is unpredictable.

What can we learn from this experience?

I think that is the most crucial now for us to give substance to our imperfect democracy by ensuring that every citizen has a stake in it.

I think it’s important for us, in the process of reforming our societies, to keep in mind how to communicate with and engage our people every step of the way — patiently explaining to them the gains achieved no matter how marginal, and why certain deeply embedded problems in our society, like poverty, patronage, and inequity cannot be solved overnight, and will take a little longer to solve by their nature.

We have to keep in mind that this is not a one-sided affair: those who are adversely affected by our liberal reforms that we are pushing have all the resources, and are working just as hard or even more to undermine and discredit our reform initiatives, manipulating the reach and pervasiveness of social media for this end.

But merely engaging is no longer enough. As frightening as the world of social media can be, it also promises spaces for spirited and positive action. Let us find where these spaces are and make the most of them. Let’s take advantage of the fact that there is considerable room for innovation in social media. Remember: Anyone can be a pioneer on the Internet these days. There’s time yet to influence the discourse all we need to do is take some brave and intelligent risks, and to keep exploring new ways to reach out to our people.

I do not agree that globalization, which is the free movement of talent, technology ,and capital, is the culprit itself. But if we do not prepare our respective societies, especially those in the margins and most vulnerable, for the harsh consequences of globalization like the outshipment of jobs or the collapse of certain industries leading to mass unemployment, or more positively to take advantage of this phenomenon to advance their economic standing, in the end it is only the rich who will benefit from it. And when this happens, it can only aggravate the persistent inequality that is dividing our societies today.

It is not enough that our societies today enjoy the formal attributes of democracy, like free, peaceful, and periodic elections; vibrant media; checks and balances in government; a working legislature, among others. I think that it is most crucial now for us to give substance to our imperfect democracy by ensuring that every citizen has a stake in it. This can only come about in a society that has less and less poor people and burgeoning middle class, enjoying sustained and shared economic growth.

Ultimately, it is the people themselves whom we must never lose sight of. We are each of us in different ways, doing our best to maintain a political presence in our countries. We champion so hard for the liberal democracy because we know that authentic freedom is the taproot of all progress.

In advancing our cause, we mustn’t forget that it is the ordinary person — in their entire humanness — whose interests we shouldn’t neglect. Reaching out is a constant necessity because that is how we can best deliver the message of hope and freedom that liberalism has always borne. Unlike demagogues, we will never use it for political gain. And if history proves one thing, it is this: that hope will time and again outlive fear. That the power in brute force is false and fleeting, and what will always endure, in the end, is the purest strength of freedom.