Ilocos Norte Governor Imee Marcos on Tuesday apologized to congressmen for earlier saying that the “yellow forces” were enticing lawmakers with P100 million to ensure that she would be detained. 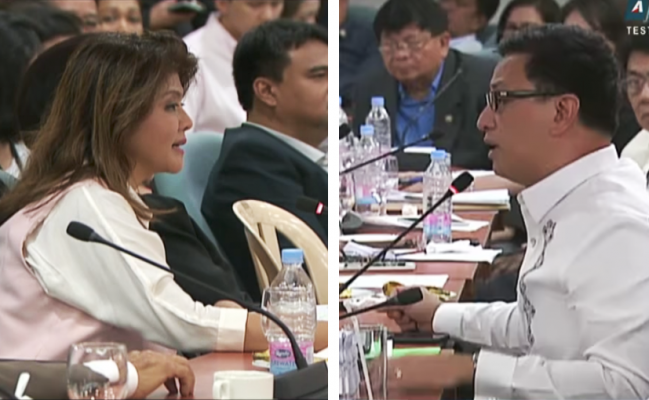 At the hearing, Deputy Speaker Romero Federico Quimbo (Liberal Party, 2nd District) asked the eldest daughter of the late dictator about the alleged P100 million and to name her source of information.

“The party does not have P100 million for this,” Quimbo said.

Nevertheless, Marcos refused to give details about her supposed source.
Majority Leader Rodolfo Farinas threatened to cite her in contempt if she does not reveal her source.

Marcos was subpoenaed by the committee on good government and public accountability to attend Tuesday’s hearing and shed light on the controversy.

Rep. Johnny Pimentel, chairperson of the committee, had threatened to arrest and detain Marcos if she does not show up.
Six employees of the Ilocos Norte provincial government had been detained at the Batasan complex since May 29 after being cited in contempt for being in evasive in their responses during the previous hearings.