Partido Liberal on Saturday (July 7) welcomed 71 new Kapampangan members, who pledged to grow the party in number and in its values of freedom, social justice, and solidarity. 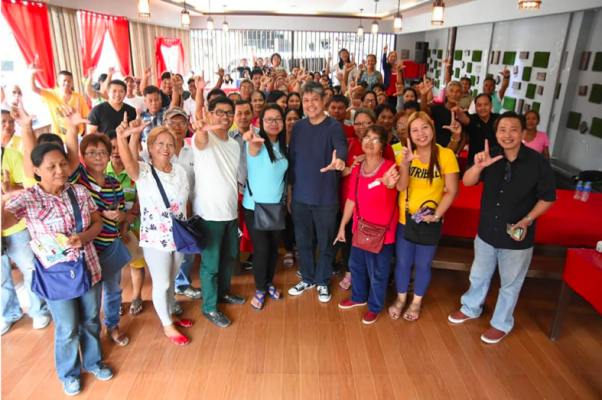 For the past eight months, Partido Liberal has opened its arms to like-minded individuals, mostly “non-politicians,” willing to undertake the daunting role of an opposition party — a party vilified every day on social media.

Canlas noted how the present administration has been divisive, particularly along class lines. Citing the government’s recent anti-tambay drive, he said no rich person has been arrested for loitering, while shirtless ordinary folk drinking coffee in sari-sari stores have been rounded up.

Reland Francisco, a pastor and civil society organizer, commended the party’s efforts to redefine itself with its “Bago. Bukas. Liberal.” campaign.

Francisco explained that this not only strengthens the party, but also creates awareness of the national political and economic situation and encourages participation at the grassroots.

Long-time member Ric Serrano agreed, noting the autocratic tendencies of the present government and a similarity to the national mood before the dictator Marcos declared martial law.

(“A new liberal, a strong people’s party. Strengthening ourselves as a group or as an organization is a preparation. This means we organize, but we also make people aware. With this, we grow, we organize, and we make people see through ourawareness campaigns where the government and our society are headed, and that we should be prepared.”)

(“We are changing the shape and the composition of Partido Liberal, because we believe that citizens in bigger numbers are the true strength of an organization.”)

Over 1,000 people are expected to attend the next oath-taking in Cavite on July 20. Other such events are scheduled in Cagayan De Oro, Naga, Bulacan, and across Metro Manila in the coming months.