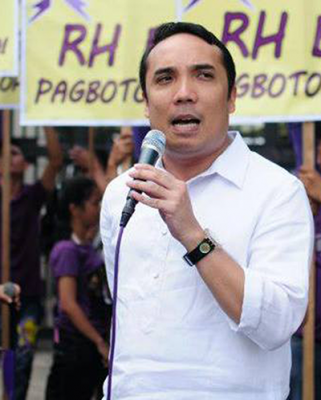 According to former congressman, human rights lawyer Barry Gutierrez, the President’s inquiry into the state of Marcos’s election protest could influence the result of the manual recount.

“Duterte should not interfere into the affairs of the Presidential Electoral Tribunal (PET) regarding Marcos’s election protest as this could cause undue pressure on the PET,” said Gutierrez.

Also, Gutierrez said Duterte has projected himself as a known ally of the Marcoses, allowing the burial of Ferdinand Marcos at the Libingan ng mga Bayani.

“We must not forget that he declared several times that he wanted Marcos to be his vice president,” said Gutierrez.

Former lawmaker Erin Tañada, now Liberal Party’s vice president for external affairs, stressed that Robredo could suffer the same fate as that of Chief Justice Maria Lourdes Sereno, who was ousted after Duterte expressed his intention to remove her from her post.

The two opposition stalwarts urged Duterte to let the PET do its job, instead of issuing statements that could unduly influence the results of the manual recount.